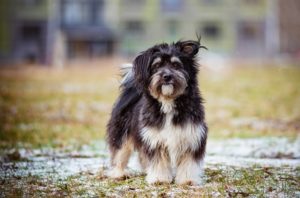 When it comes to creating a hybrid breed, most breeders focus on functionality. However, every now and then, breeders mix two breeds for one purpose and one purpose alone: to breed a pup cuter than both parents combined. The Corgipoo is one such pup, with a face so adorable you’ll want to hold one and never let go. These cute little dogs are incredibly mischievous, but you will never mind any of their silly antics because they’ll melt your heart with a single tilt of their head! A cross between a Corgi and a Poodle, these pups are perfect best friend material. 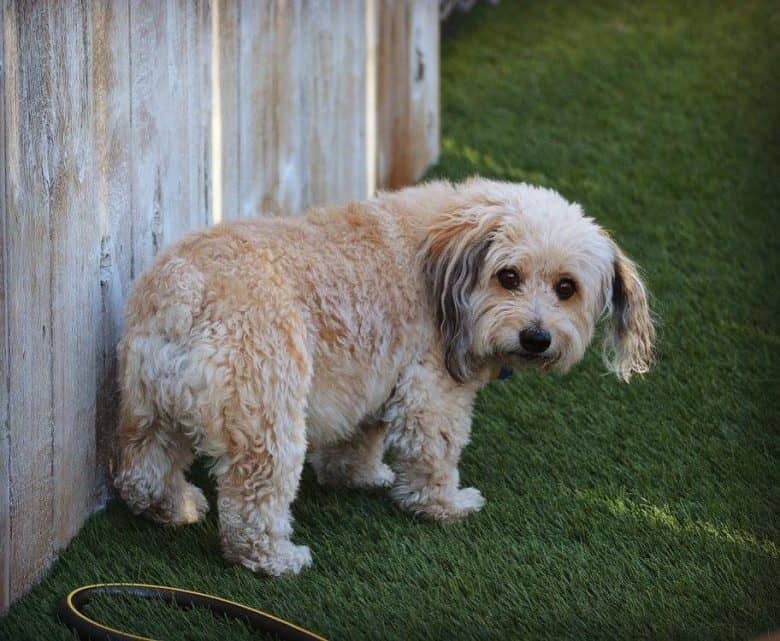 As compared to several other members of the Doodle club, this breed is relatively new and also rather rare. It is difficult to pinpoint to exact time and place of the origin of the Corgipoo, but it is safe to say that they were bred sometime in the last twenty years. Chances are, these dogs existed as a result of accidental breeding long before any intentional breeding efforts began. Doodle hybrids became all the rage in the late 1980s, and the Corgipoo is probably a result of that. This breed is yet to be recognized by the American Kennel Club, however,r they have a dedicated following comprised of fans, breeders, and dog owners across the world.

The Corgipoo is as playful and fun to be around as it is adorable. These pups are high in energy and love to be the center of attention, and with looks that good, who can blame them? They will have you rolling on the floor laughing with their silly little antics, and they will get along with almost anyone. These pups have a rather mischievous nature, and they try to get away with making a mess by using their puppy dog eyes. However, try not to fall for it too much, and be sure to train your pup early on. Set clear boundaries so that they know who’s boss and don’t walk all over you with their cute little stubby legs. When getting a Corgipoo from a breeder, it is always a good idea to spend time around the Poodle and Corgi parents to get a good idea of what kind of personality and temperament your pup will grow into. The parents’ personalities are usually fairly good indicators of the pup’s personality. Early socialization is a must with this pooch.

Due to the relatively new nature of the breed and no set standards for size, it is difficult to say exactly how big your Corgipoo will grow. The Corgi can be crossed with the Standard, Miniature, and Toy Poodle, so there is a large variance in size. On average, you can expect your Corgipoo to grow around 10 to 12 inches in height and weigh anywhere between 12 to 40 pounds. 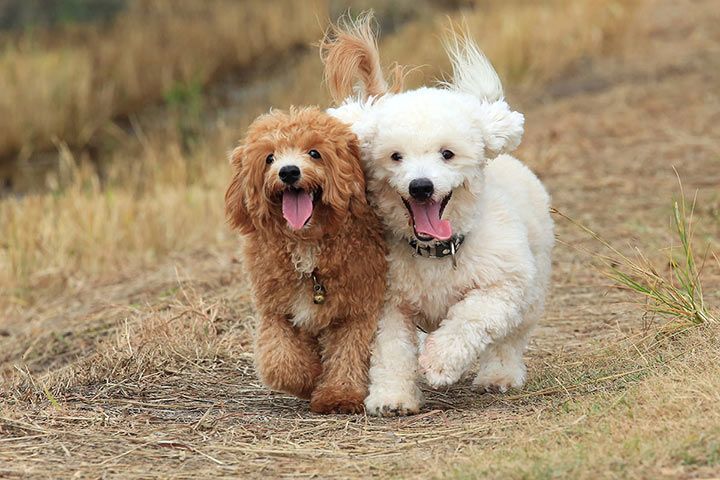 Generally speaking, the Corgipoo is a healthy dog thanks to the breed having some level of hybrid vigor due to its mixed nature. However, it is possible that certain illnesses that are known to affect the Corgi and the Poodle parent may surface in the Corgipoo. When getting your puppy from a breeder, be sure to get health clearance certificates for both parent dogs. Do not buy from a breeder that mates dogs younger than 2 years old since that is the age when most genetic illnesses start to show symptoms. Make sure you schedule regular vet check-ups so that any potential issue can be caught early and nipped in the bud. Due to their Corgi genes, the Corgipoo may develop back and joint issues owing to their short stature. Cogipoo may also be predisposed to Addison’s disease, bloat, as well as kidney disease. 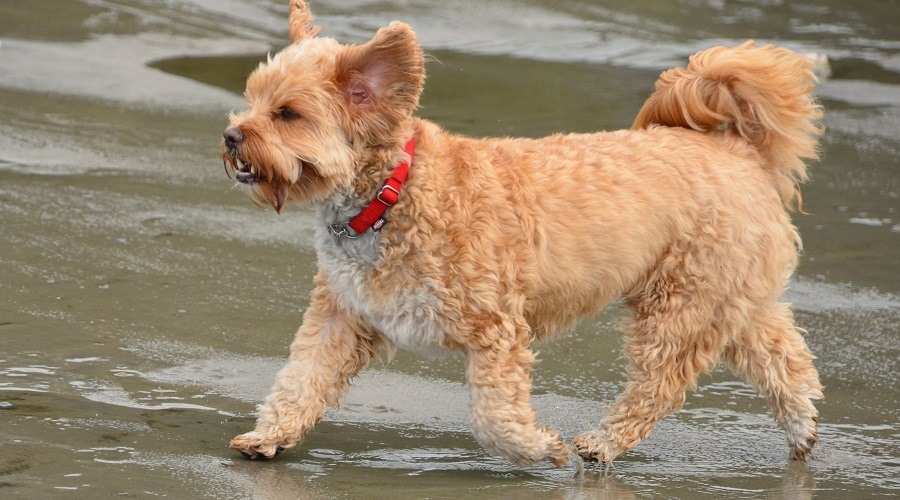 The Corgipoo may develop some behavioral issues, due to which early training is necessary. If you are a novice owner, it is recommended that you get professional help by enrolling your Corgipoo puppy into a puppy kindergarten class at around 10 weeks. These pups, if not given adequate exercise and training, may become destructive and difficult to deal with. However, a puppy that has received early training and is well-adjusted will be a delight to have around. The Corgipoo is a highly intelligent breed, and they can pick up tricks with ease. They can also serve as therapy/service dogs or herding dogs due to their intelligent nature. It is important to understand that while the Corgipoo is quite high in energy and requires daily exercise, play sessions should be low-intensity. They have rather short legs and thus get tired very easily. Make sure you aren’t overworking your Corgipoo. A walk will be more than enough to fulfill the exercise needs of this pup.

Figuring out your Corgipoo’s nutritional needs is necessary in order to come up with a diet plan that is best suited to your pup. It is best to speak to a professional when deciding on what and how much to feed your dog. Their nutritional needs change with age, so their diet will have to be altered as they grow older. High-quality dry dog food is usually the best option for the Corgipoo. These pups are likely to become overweight, so it is necessary to make sure that your Corgipoo is not overeating and is getting sufficient exercise. In order to prevent bloat or unnecessary weight gain, steer clear of free-feeding. It is best to divide the recommended daily serving of dog food into two or three separate meals given at different times.

The Corgipoo has a double coat, with the inner coat being soft and fuffy in nature and the outer coat being wiry and waterproof. Thanks to their Poodle genes, their coat is mostly hypoallergenic due to its low-shedding nature. The double coat keeps them protected in cooler climates. However, the Corgipoo is not suited for warm climates since they may easily become overheated. 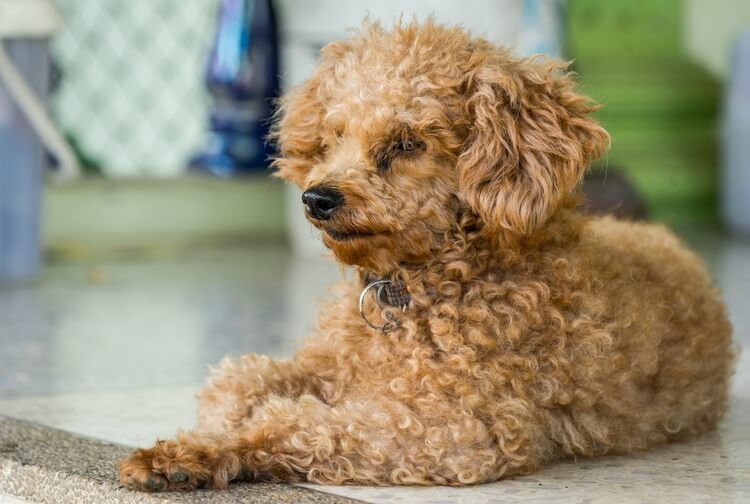 When it comes to grooming, the Corgipoo is pretty low maintenance. Unlike its Poodle parent that needs regular grooming of its coat, the Corgipoo only needs a bath every once in a while to keep them healthy and satisfied. Be sure not to bathe them too much as the constant interaction with soap and water may dry out their skin, leading to irritation. Maintain good oral hygiene by brushing your dog’s teeth regularly to prevent buildup. Keep their ears free of any dirt or debris, as this may lead to an ear infection. Trim their nails if they do not wear away naturally.

Deciding on a Corgipoo

The Corgipoo is a right fit for you if:

The Corgipoo is not a right fit for you if:

How Much is a Corgipoo Puppy?

As compared to other designer breeds, the Corgipoo is not very expensive. Puppies start at around $350, although some premium puppies from breeders can cost you upwards of $1200. The cost of the puppy is dependent on the age, size, and traits of the Corgipoo you are interested in buying.

When it comes to getting a pet, it is always a better idea to adopt than to shop. Look into your local rescue options before opting for a breeder. Here are some organizations that shelter Corgipoo rescues (among other breeds): 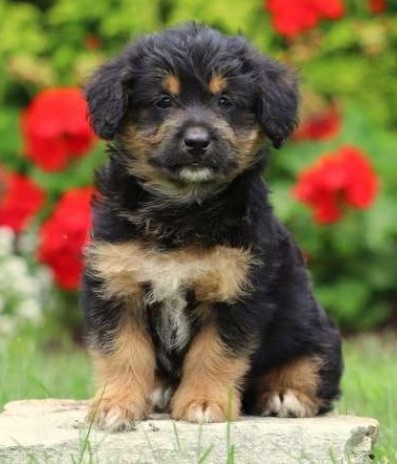 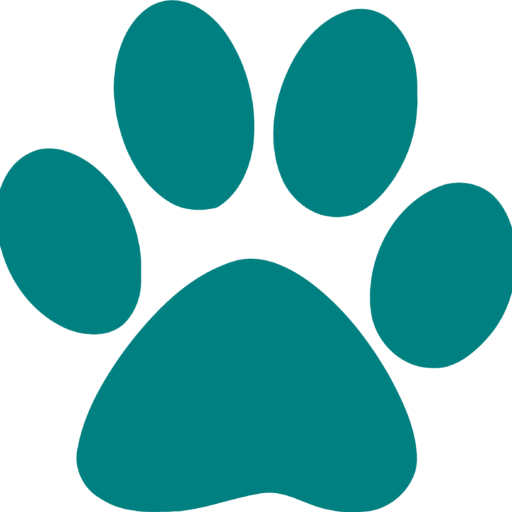